About The Missy Project 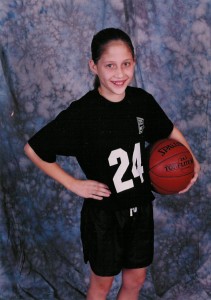 The Missy Project is a nonprofit 501(c)(3) organization dedicated to raising awareness of Brain Aneurysm Disease (B.A.D.) in children through education, outreach and early detection research.

The Missy Project was established by the Magel family and friends on November 24, 1999 - what would have been their daughter Marisa (Missy) Magel's 13th birthday. Missy passed away suddenly while at summer camp from a disease they never knew she had...Brain Aneurysm Disease.

In researching the disease that claimed their daughter's life, they were told that Missy's death was rare. However, they discovered that this disease is quite prevalent among children and often misdiagnosed as a migraine headache. Early detection and screening could save lives... So why is it not being done?

In fact, the total number of deaths per year in the United States is equal to the number of deaths related to AIDS or prostate cancer, while the funding for aneurysmal disease research is just a fraction of what is spent on these.

Millions of lives have been affected by Brain Aneurysm Disease

Millions of Children’s Lives have been affected by B.A.D.