It takes as many lives as AIDS in the U.S. and yet you have likely never discussed it with your doctor. 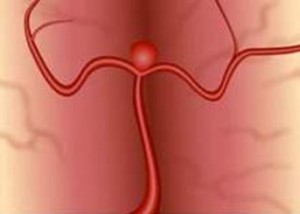 A ruptured cerebral aneurysm causes a stroke. A stroke occurs when the blood supply to part of the brain is suddenly interrupted or when a blood vessel in the brain bursts, spilling blood into the spaces surrounding brain cells. Brain cells die when they no longer receive oxygen and nutrients from the blood or there is sudden bleeding into or around the brain. There are two forms of stroke: ischemic (blockage of a blood vessel supplying the brain), and hemorrhagic (bleeding into or around the brain).

The most common type of stroke is known as an ischemic stroke. 9 out of 10 strokes fall into this category. The culprit is a blood clot that obstructs a blood vessel inside the brain. The clot may develop on the spot or travel through the blood from elsewhere in the body. 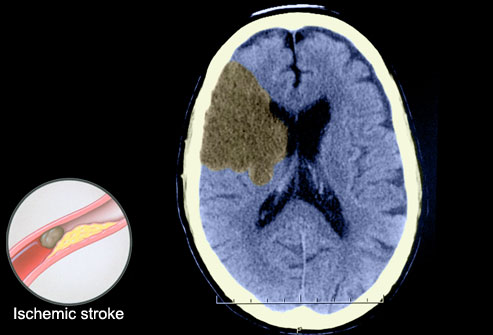 Hemorrhagic strokes are less common but far more likely to be fatal. They occur when a weakened blood vessel in the brain bursts. The result is bleeding inside the brain that can be difficult to stop. 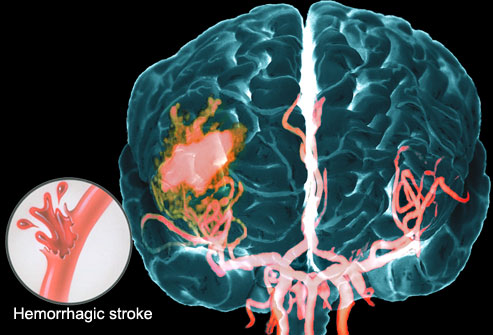 Both types of bleeding strokes are caused by abnormalities of blood vessel structure. Structural abnormalities include: aneurysm and arteriovenous malformation (AVM). An aneurysm is a weakening of the blood vessel wall, resulting in a blood-filled bulge. High blood pressure or trauma can burst the bulge, leading to uncontrolled bleeding within the brain. Arteriovenous malformation is a structural abnormality characterized by the weakening of a cluster of blood vessels in the brain, present at the time of birth; the weakened blood vessel can tear, resulting in uncontrolled bleeding within the brain.

AVMs are thought to be congenital, arising from the embryonic stage of vessel formation, at the fetal stage. However, this has never been clearly established and they may arise after birth.

For a disease that affects so many, little is known about Brain Aneurysm Disease (B.A.D.), yet what we do know is alarming. Historically, B.A.D. affected patients over 50 years of age. Over the past few years, the age of diagnosis has dropped significantly. Most troubling of all: B.A.D. is affecting children more prevalently than ever before.

There is little awareness of the risk factors and available diagnostic tests. Some screening tests are even available as early as birth to identify children who are susceptible to this disease. B.A.D. runs in families, and most neurologists suggest screening all family members when one family member is diagnosed with B.A.D. A brain aneurysm rupture can be prevented with family history information and proper screening protocols.

The sudden onset of a headache can signal the onset of a ruptured aneurysm in children. (Even adults often report that it is the worst headache they've ever had). The headache is usually accompanied by vomiting, neck stiffness, loss of consciousness, seizures, loss in vision, drooping eyelids and numbness of the face. A rupture usually occurs while a person is active rather than asleep. Many of these symptoms are often misunderstood for migraine headaches and thus go untreated and undiagnosed.

Not a guessing game

Determining a life-threatening emergency in a child or adult shouldn't be a guessing game. Parents should know the warning signs of headaches. If these warning signs apply to your child, be certain that your primary care professional asks careful questions to determine if your child has a headache that could be a symptom of an underlying brain mass like an aneurysm.  There remains a question in the mind of health professionals when determining if a child is having a migraine, or a brain aneurysm rupture.  A proper screening protocol will take the guessing game out of the diagnosis.